Several years ago I was searching the internet for information about Chemical Sensitivity. I didn’t obsessively search for others like me, or for cures or tips, because for years I had found virtually nothing helpful.

But on this day I found a whole website with a forum, articles and very kind people who welcomed me to their site. There was an exchange of ideas and possible natural remedies, not to cure, but to alleviate some of the overwhelm onslaught of symptoms we experience from simple tasks like going shopping or working in an office that happens to have, oh, I don’t know, other people and furniture, and carpet. Some way to be normal again!

I liked it. I liked the site, though I wasn’t on every day, it was there and I’d check in. The information didn’t tell me that I was crazy, (as science did with postpartum depression or menopause years ago). I was so over people flip-flopping from expensive saunas, to taking 50 pills a day, then it’s someone who will inject you with jet fuel (smack head) to make you immune.

Then about two years ago I went to that great site to see what was new, only to find that they took their own site down because it was “cured.” When I read that the largest MCS community website was going out of business and why, I had visions of the old snake oil salesmen that traveled the carnival circuits curing people with hooch. To say I was skeptical is an understatement! 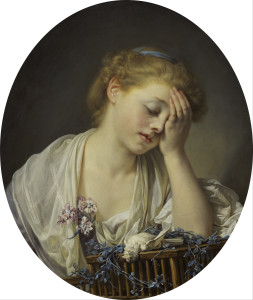 So the person who ran the site claimed to have been cured (can I get an Amen!) using neurolinguistic programing from Gupta and DNRS.

Let’s break this down for those who did not ace medical school. Neurolinguistic is defined by the Linguistic Society as:

“Neurolinguistics is the study of how language is represented in the brain: that is, how and where our brains store our knowledge of the language (or languages) that we speak, understand, read, and write…”

Programming has many definitions, the one that comes to mind in this instance for me is mental programming. Could be re-programming for those rescued from some cult or fanatical religious sect.

The claims from this “director” are outrageous. Buy (see that’s the key here) a DVD, think about it, and presto, You Are Healed! Brain Retraining. Just stay calm, it says, stay in the moment, blah, blah, blah. I would love to see the firefighters and other first responders on 9/11, who are now suffering extremely server Chemical Sensitivity, reply to someone saying, “Just think positive, it’s all in your head.”

The testimonials cite the DVD which instructs you to drink water, do yoga, mediate! To soak your feet and get rid of that negative energy (you know you’re so negative you manifest your illness).

I had followed the link on the canary website to this quackery site and I was enflamed. But then I thought about the person who took their own site down. If a person with Chemical Sensitivity has an informational website to help others with the condition, is suddenly cured wouldn’t he or she want to continue to share this information with as many people as possible? Talk about it and Preach about it? Sure, I would!

If some guru – that presents itself like a Sunday morning infomercial hawking a miracle cream that will make you look like Angelina Jolie – comes to offer certain benefits for publicly endorsing their product and be cured, something doesn’t smell right. I’m not saying that’s what happened… I’m just saying that canary was a bit too mercurial for my tastes.

Thankfully, there are people, many of whom I’ve found with this blog and Facebook page, who are not so gullible and I’ve found medical doctors who suffer as we do and forge ahead doing legitimate research the even though it’s not as lucrative as Viagra.

So who killed the canary? I’m not sure but I’m going to think positive thoughts about it and gosh darn it, everything’s gonna be fine.

The Return of MCS Awareness

Questions and Answers from Peggy Munson
Scroll to top